As of 2016, Amorepacific, known as the “ancestor of air cushions,” has sold more than 110 million air cushion products. How do air cushion products come from scratch and enter consumers’ bags? How much room does this “crazy category” have in the future? Today, Cai Mei will tell you the story behind the air cushion.

Air cushion products, born in South Korea in 2008, have extended from base makeup to makeup, body, men’s and other categories, and have also attracted domestic local brands and even many international brands from Korean cosmetics to follow.

The form of air cushion comes from consumers’ pursuit of portability, sun protection and whitening multi-function, but with the deepening of domestic consumers’ understanding of air cushion products, air cushions known for their light and natural nude makeup effects have gradually exposed some shortcomings, “weak covering ability”, “non-lasting makeup” and “not durable” have become the object of consumer criticism. It can be seen that air cushion products still have a long way to go.

For these “demanding” requirements of Chinese consumers, Gao Xiangqin, President of Amorepacific China, recognizes and respects them.

On September 13, at the Minsheng Art Museum in Beijing, Gao Xiangqin said that Chinese consumers are indispensable to Amorepacific’s ability to have such a variety of air cushion products; They require products to be light and concealed, moisturizing and non-sticky, fair and natural, and pursue product cost performance; “The process of product development from research and development to entering the consumer’s bag is the process by which we embrace consumers.”

>>> origin: The researcher stopped his car and invented a new product form

You may not believe it, but the innovative inspiration for air cushion products actually came from a small parking lot seal.

Kang Byung-young, chief marketing officer of Amorepacific Group, told Caimei that the air cushion was born because a researcher in the company accidentally discovered during a parking stop that the seal of the Korean parking lot is both clear and durable, so is this form also suitable for cosmetics? 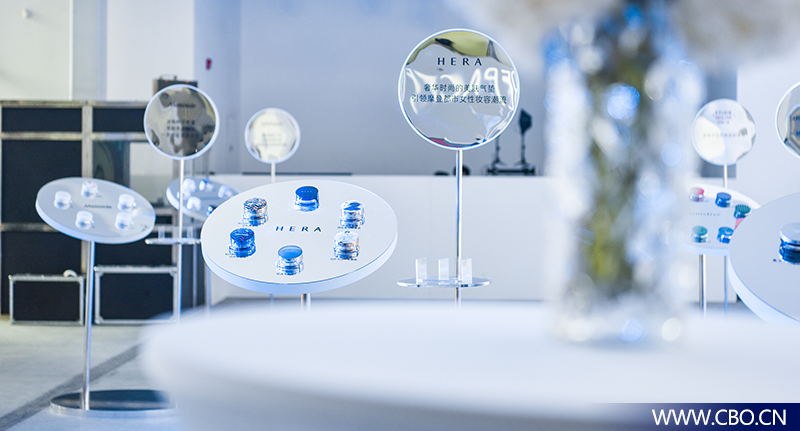 To develop a versatile sunscreen that is easier to carry than traditional tubular or extruded products, Amorepacific’s R&D team conducted more than 3,600 tests on more than 200 different types of sponges.

In the end, the sponge carrier and various innovative processes selected from a hundred miles were transformed into a new category in the industry that redefined beauty habits – air cushions.

>>> Nurturing: How to take air cushions from Korean labs to Chinese consumers

In 2012, Amorepacific introduced air cushion products to the Chinese market for the first time, but at that time, the domestic base makeup market was in the era of tubular BB cream, and consumers were unfamiliar and confused about the new form of air cushion.

At the end of the day, the air cushion form is a tool, and the quickest way to teach a person to use a tool is to show them how to use it and let them experience it for themselves.

Therefore, in order to make Chinese consumers accept air cushion products, Gao Xiangqin, president of Amorepacific China, decided to find two “classrooms” for the company’s air cushion products – the then super cargo king “Woman I am the biggest” and “Beautiful and beautiful”.

“Chinese consumers believe that seeing is believing, and on this kind of talk show, the host talks about the advantages of the product, and then uses it on the spot for the model, and the effect is immediate.” Gao Xiangqin said.

Market awareness has improved slightly, but around 2013, air cushion products are still in a state of “applauded or not sold”.

Why? Because it’s expensive.

Cai Mei still remembers that at that time, BB frost was very hot, the average price of products such as Myshang Little Red Bottle, Maybelline Mineral BB and other products were around 100 yuan, and the price of Laneige air cushion at that time was more than doubled, as a daily makeup product, the price was high and consuming, and the cost performance was not high compared with tubular BB.

Not only that, Amorepacific is also constantly researching and upgrading air cushion sponges and foundation makeup linings. In less than ten years, the company has made four technological innovations and 15 product upgrades for air cushion products. 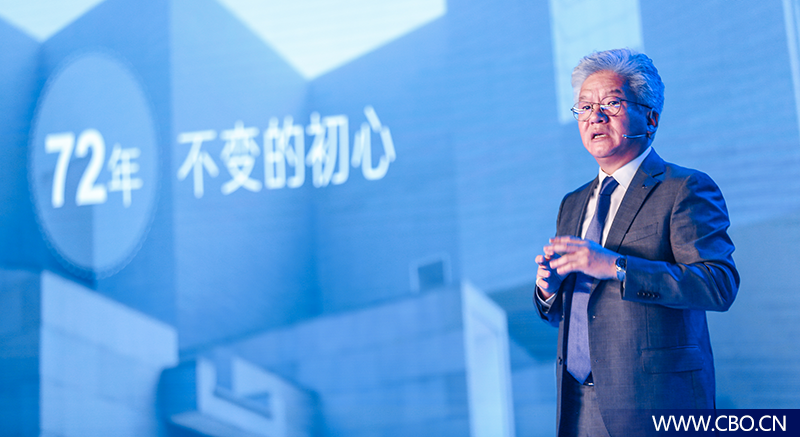 Amorepacific’s four technological innovations in air cushion products may only be discovered by experienced users.

In this “The Source of Air Cushions, Truth as Beauty – Wonderful Night of Air Cushion Museum” activity, Amorepacific has been constantly “polishing” this tool to make it feel better.

In 2008, the first generation of air cushion technology pioneered Liquid Immersion Sponge, which is simply a piece of polyurethane foam soaked with sunscreen. At this time, because the material body in the sponge can not completely achieve a uniform state, consumers often find that after a period of time, the material body has flowed to the bottom of the sponge, so they have to use it in reverse.

In 2010, the second generation of air cushions brought a new Cell-Trap Technology, which uses polyurethane foam foam to firmly attach a non-sticky formula to improve portability.

Since 2012, through the diversification of functionality and texture, the third generation of air cushion revolution has arrived, and many brands under the group have successively launched diversified air cushion products for skin types and needs. 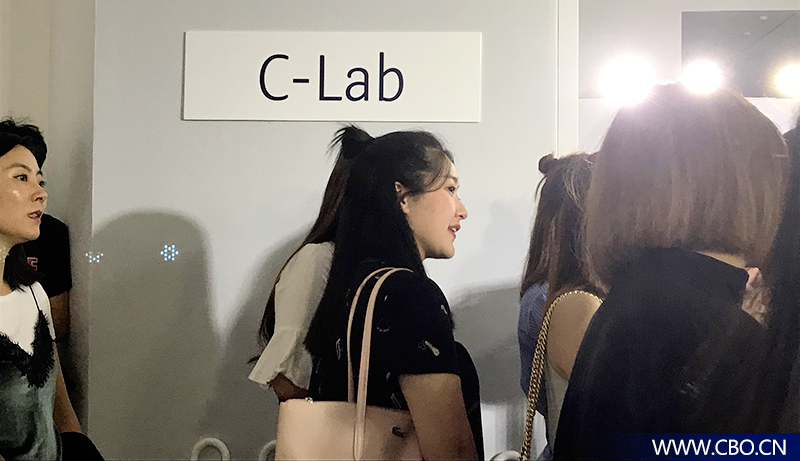 >>> Future: In the battle between the Eastern and Western brand markets, it is the winner who can meet the diverse needs

In terms of instrumentality, Amorepacific’s research represents the height of Korean air cushion products, but it is undeniable that since 2015, international high-end beauty brands led by Lancome have entered the air cushion market (including but not limited to Givenchy, YSL, Dior, Estée Lauder, Armani, NARS and Guerlain), which has also brought certain threats to Korean makeup air cushions.

Although these European and American brands with a stable word are several years slower in speed, but the product reputation is good, it is worth noting that the air cushion products of some European and American big brands (such as Estée Lauder) perfectly solve the problem of poor staying power and low coverage that consumers have been criticizing. 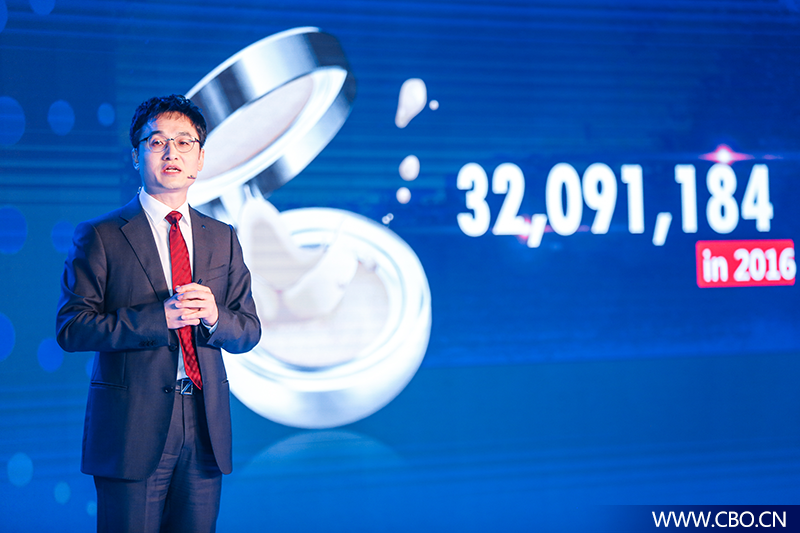 The R&D staff conducted a comparative analysis of the climate differences in the Chinese market and the resulting different user experiences, and deeply understood consumers’ needs for color, skin feel, makeup and concealer, further enriching the product lineup of air cushions. Not only are there shades specially developed for Chinese consumers (such as lavender to improve dullness), but also products with different effects such as whitening, matte, concealer, and makeup to meet the diverse needs of consumers.

“We were lucky enough to win the air cushion market.” Gao Xiangqin, President of Amorepacific China, said, “But what has supported us through 72 years is not one or two ‘lucky’ products, but the ability to grasp this opportunity and the original intention of putting consumers first.” By sticking to this original intention, we will definitely win the resonance of consumers. ”