On April 9, 2021, the high-profile Balabala x Tmall Super Day “Endless Dreams” super show was shockingly unveiled at the Shanghai Children’s Art Theater. On the day of the event, Balabala grandly launched three cross-border joint cooperation series with China Mars Exploration, Suzhou Museum and famous Chinese designer Jason Wu, interpreting the theme of “endless dreams” across time and space from different dimensions such as flying over the galaxy and universe, tracing historical history, and upgrading fashion style. As an industry-leading national brand, Balabala shoulders the mission of “self-improvement of domestic products”, in order to help the implementation of the “Chinese Dream”, inspire children to dare to explore their dreams, and unite the strength of all walks of life to build children’s dreams. 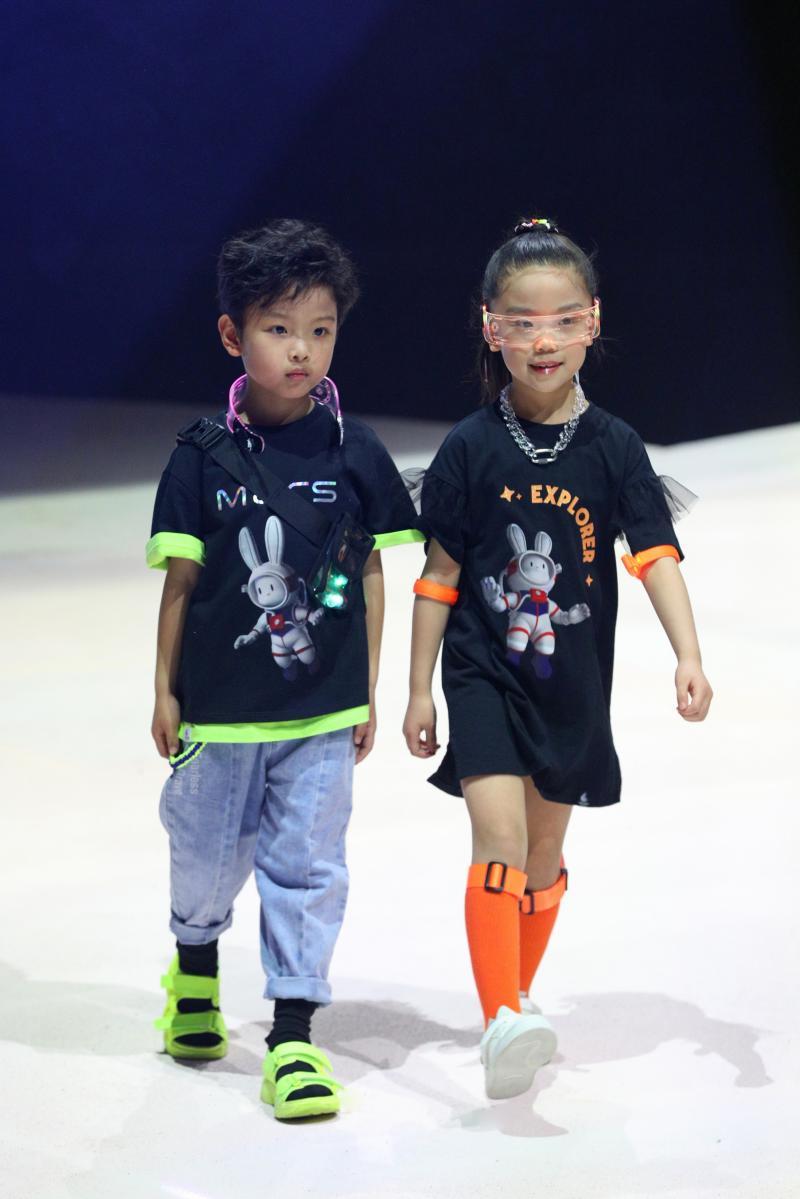 Dream Prologue: Land on the dream planet and set sail to pursue your dreams 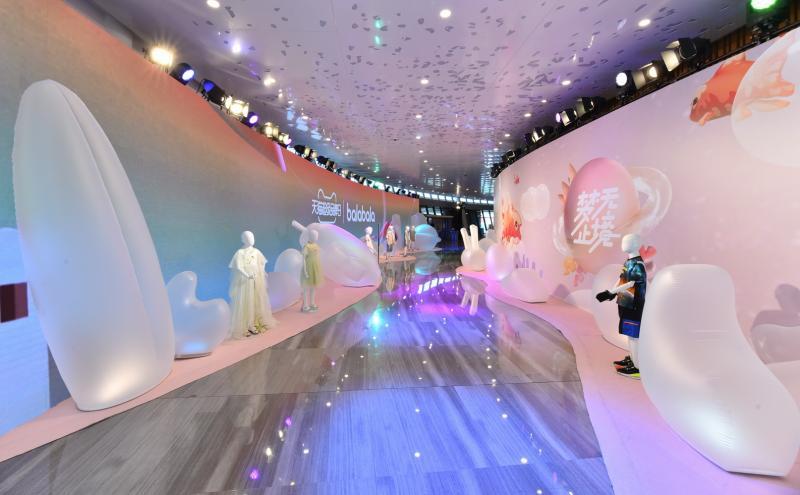 In order to support each child to grow freely in dreaming, exploring and playing, and encouraging and helping children to freely weave their dreams and dare to realize their dreams, Balabala defined this show as “endless dreams”, releasing children’s innate curiosity and wild imagination. A large number of soft air film art installations were used at the event site with laser, LED, projection and other visual technologies to create a childlike dream planet. Suspended flora and fauna, bizarre aliens, long passageways to the universe… It presents a whimsical world of overlapping dreams. Step by step, the three major series of theme scenes of universe, national style and modernity are presented one by one, and the audience stops lingering and surprises interaction. Through the gentle slope of the space passage, the main stage of the super show jumps in front of you, and the 270-degree giant ring screen changes the space scenery. The audience is immersed in a futuristic spacecraft, overlooking the mysterious planet in the center of the stage. 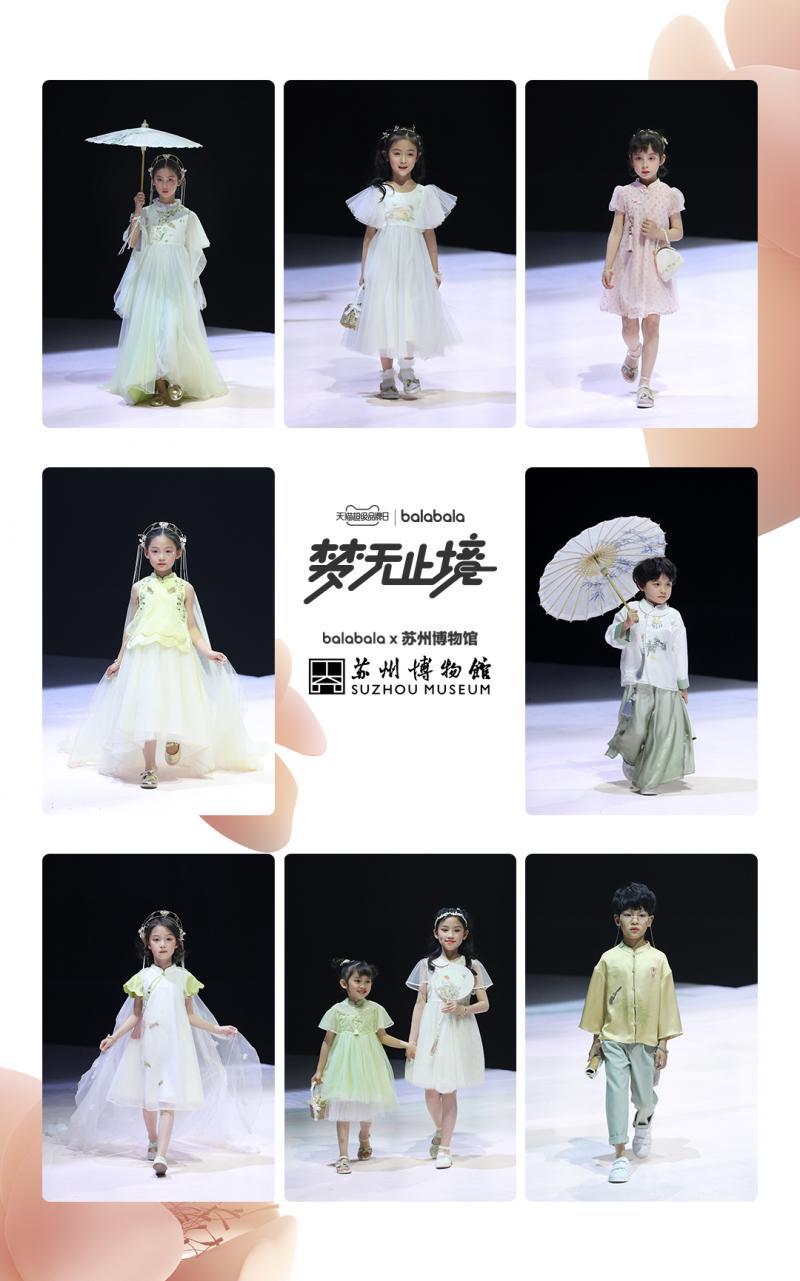 “What is this place?” A pure and immature child’s voice passed by, and the super show officially began.

The mysterious planet presents a Martian landscape, and balabala X is the first to appear in China’s Mars exploration. The series draws on aerospace inspiration in design, material selection and craftsmanship, using light and ethereal organza to layer the virtual dynamic “Martian atmosphere”, using color cloth combined with laser cutting to give the product a changing light and color sense, using shiny spherical decoration to shape the outer space “bubble girl”, and using the “Martian rabbit” pattern to drive the product to be more lively and flexible. 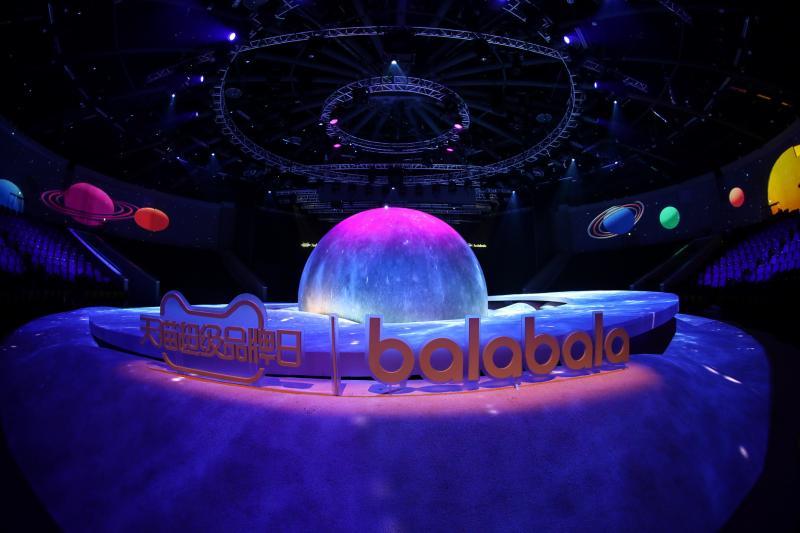 In order to light up children’s dreams of exploration and fly farther and higher, Balabala, as an authorized joint brand of China’s Mars exploration project, interprets the dream of fire detection with fashion and stimulates the interest and love of the next generation for the “space dream” of the motherland. It is hoped that children can grow up together with the spirit of fire detection that dares to explore and pursue dreams.

As the mysterious planet travels through interstellar space and time, Ting floats in the ancient rhyme of the ancient Jiangnan of the stone bridge arc shadow and the pink wall Dewa, and the balabala X Suzhou Museum series debuts. Inspired by the museum’s many treasures and the museum’s own architectural masterpieces, the collection teaches the essence of the two intangible cultural heritages of Su embroidery and velvet painting, supplemented by modern craftsmanship such as hand-nailed beads, combining the characteristics of Qing dynasty clothing with new Chinese clothing design, which is more in line with the wearing experience of children’s clothing. 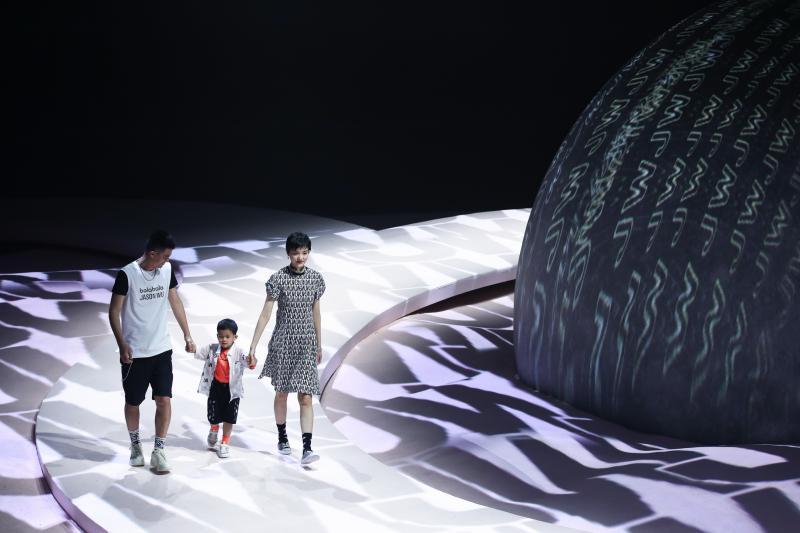 The oriental dream is far-reaching and endlessly beautiful. The reason why the essence of folklore has been passed down for thousands of years is due to the era of examination and transmission of beauty by generations of people. Balabala has a sense of mission, holds the baton, takes inheritance as the experience, innovation as the latitude, strives to carry forward the new trend of the national trend, and bravely be the protector, inheritor and disseminator of the national culture. 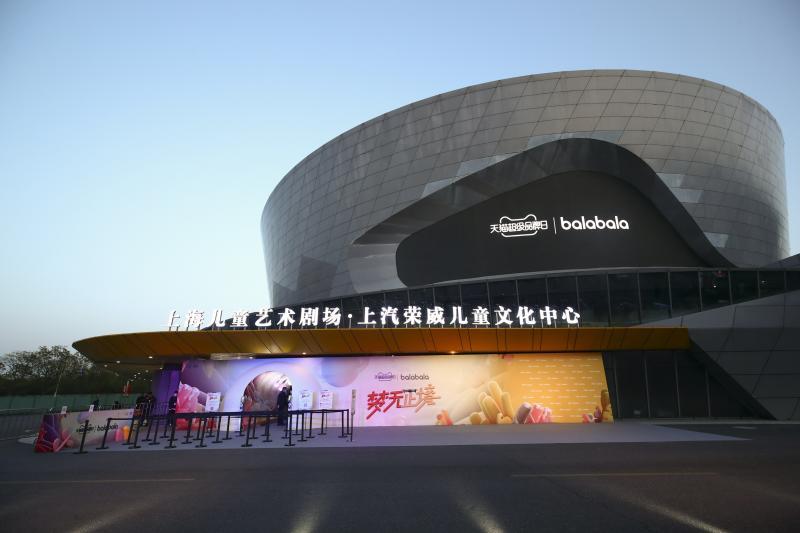 Bidding farewell to Wu Zhong Feng Ya, the mysterious planet once again traveled through time and space, streaked across the skyline of the cosmopolitan city, and the famous Chinese designer Jason Wu of Balabala X made a brilliant appearance. Following JW’s “escapism” resort theme of spring/summer 2021, the collection uses an O-shaped chiffon skirt mixed with pure white feathers to create a romantic bird girl image; Balabala and JW’s logo pattern full of printed T-shirts, neutral and cool, with a patchwork embroidered mesh tower skirt, can be sweet or salty; The black and white color scheme is a timeless classic, and the bright orange-yellow accent enhances the liveliness and popularity. 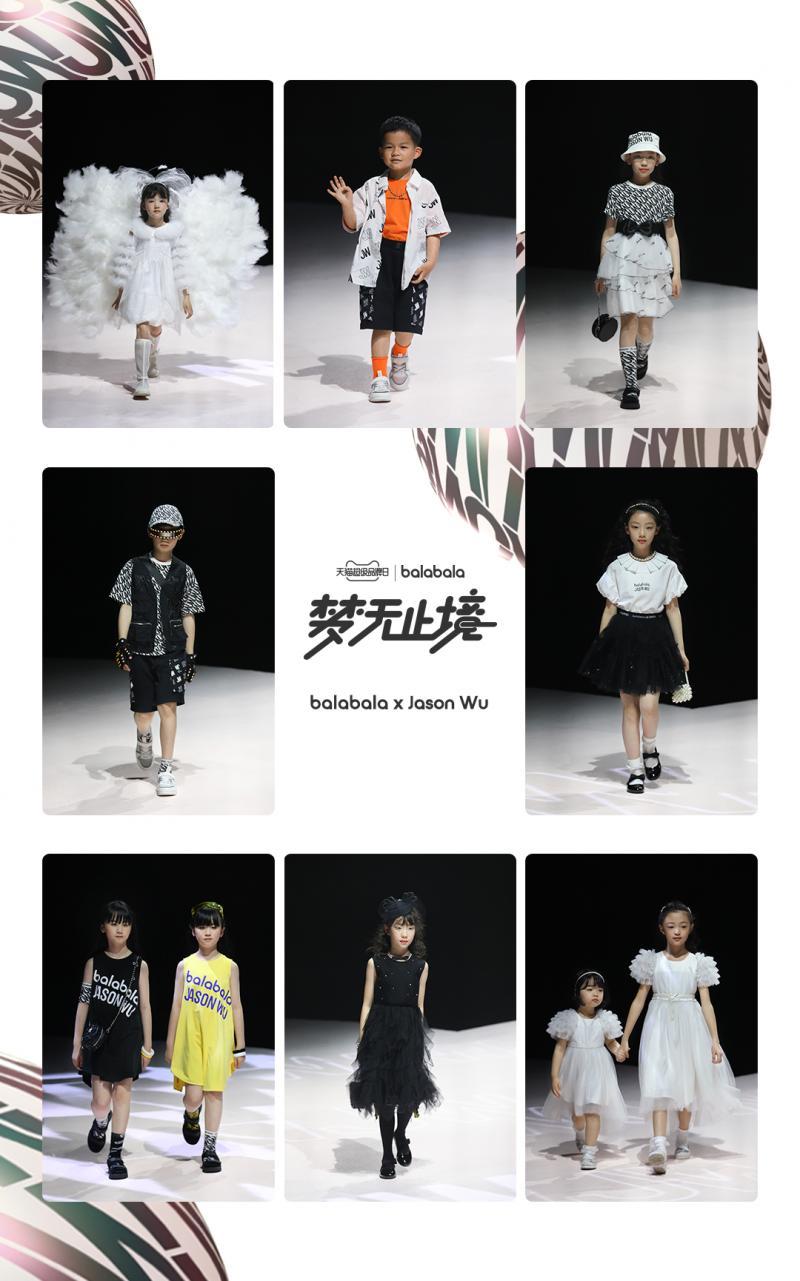 Through the “Endless Dreams” super show, Balabala set the first record of innovation in the children’s wear industry in many fields: the first cross-border joint cooperation with these three IPs in the field of children’s wear, the first KIDS WEAR Shanghai Fashion Week catwalk, and the first all-ages children’s wear brand jointly with Tmall Super Brand Day. 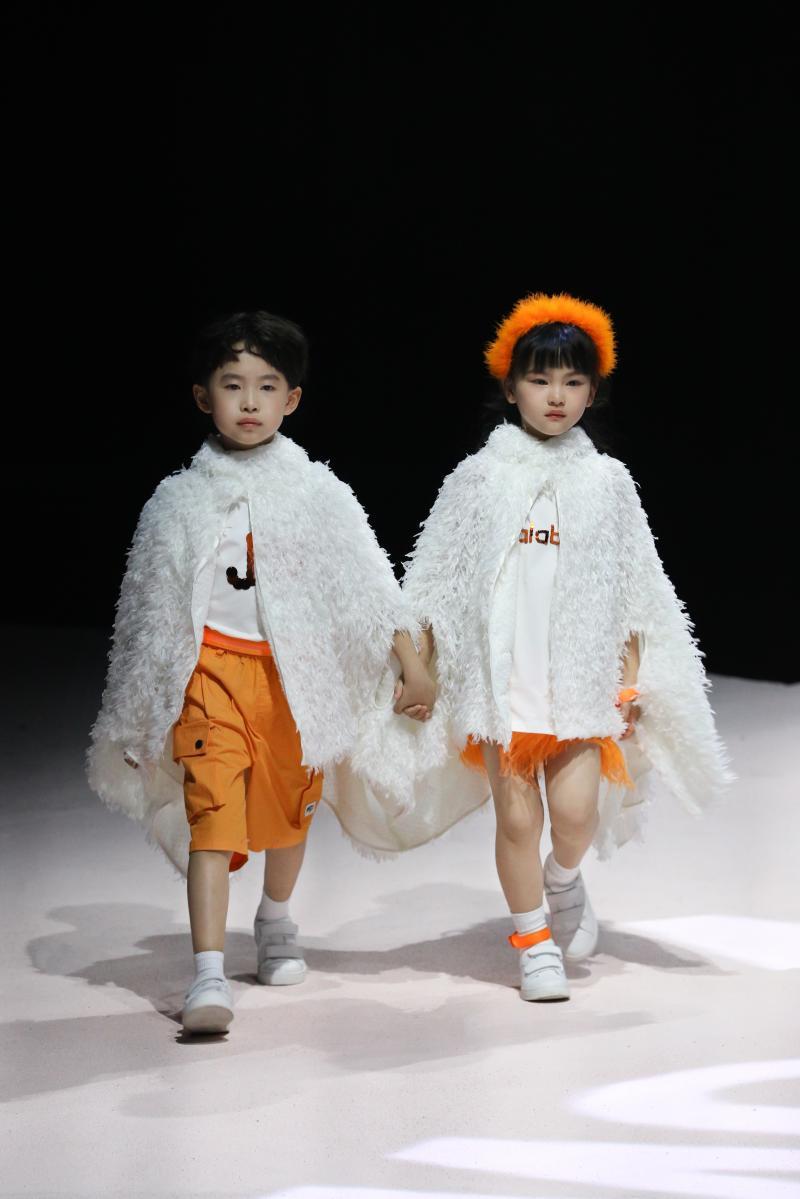 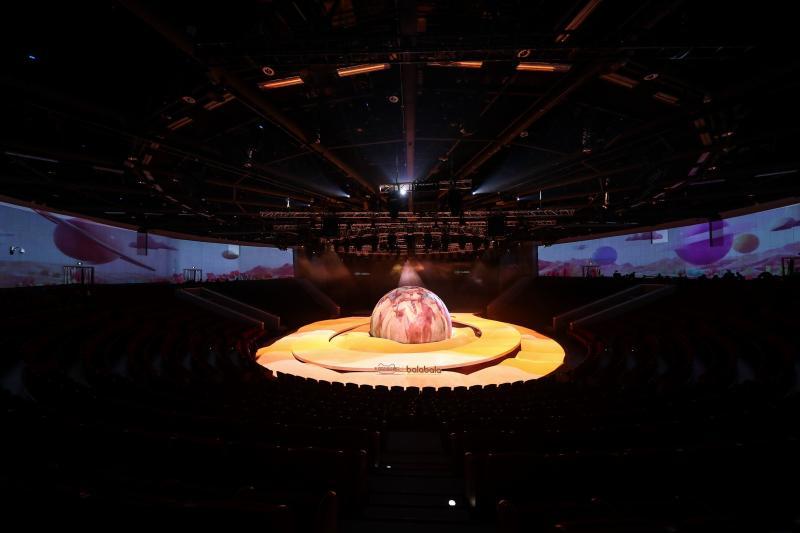 They are both dream witnesses and dream escorts. After the show, they took their respective professional fields as the starting point and revealed their hearts to the media from multiple dimensions such as aerospace, fashion, e-commerce, and internationalization, expressing their appreciation of the brand, their persistence in domestic products, their understanding of their dreams, and their ardent heart to protect children’s dreams.

The mysterious planet will eventually return to the depths of space, but the inspiration for dreams that it conveys to everyone is never-ending. Go far and far, and work hard. Balabala not only concentrates on using domestic fashion to unremittingly help the “Chinese Dream”, but also is committed to carefully constructing children’s dreams with new national fashion products, encouraging children to be fearless of time, fearless space, free to weave dreams, and bold to pursue their dreams. On behalf of many Chinese brands, Balabala proves to the world that “domestic products must be self-reliant, and domestic products have become self-reliant”, while calling on all sectors of society to protect innocence and build children’s dreams together. The future is just around the corner, dreams can be expected, and children’s dreams are the “Chinese dream” of the future.