What is Industry 4.0? This is a very new concept, which originated from an industrial upgrading concept formed in 2013 jointly funded by the German Federal Ministry of Education and Research and the Federal Ministry of Economics and Technology, and proposed and promoted by the German Academy of Engineering, the Fraunhofer Association, Siemens and other German academia and industry. On October 10 last year, when Li Keqiang visited Germany, after the third round of government consultations between China and Germany, he issued the Action Program for Sino-German Cooperation, declaring that the two countries would carry out “Industry 4.0 cooperation”. Since then, the topic of Industry 4.0 has begun to be hyped, and even on the stock market, everyone claims to be an Industry 4.0 concept stock, which is as absurd as a few years ago even the matchmaker claimed to be a technology stock. But also because everyone is vying to say that they are Industry 4.0, the topic of what it is has become Rashomon, which makes sense.

The first industrial revolution originated from Watt’s invention of the steam engine, which made trains and ships the main means of transportation, replacing human-powered hand-pulled carts, pulp boats, and animal-powered carriages and mule carts, which made the transportation of people and goods between the two places convenient and fast. The second industrial revolution originated from the invention of the internal combustion engine and electricity, and its biggest change to production is “mass production”, the machine-type mass production mode replaces labor, which makes the product from demand-oriented to supply-oriented, a large number of textiles are produced, can not be sold, so there will be imperialist aggression to expand the market. As for what is the third industrial revolution, there are more debates, some say it is the invention of computers, some say it is the rapid transmission of wireless telecommunications (such as television, radio), and some people say that the invention of these two brings about the rapid development of information transmission speed. Now, there is more controversy about what the fourth generation of Industrial Revolution 4.0 will be. 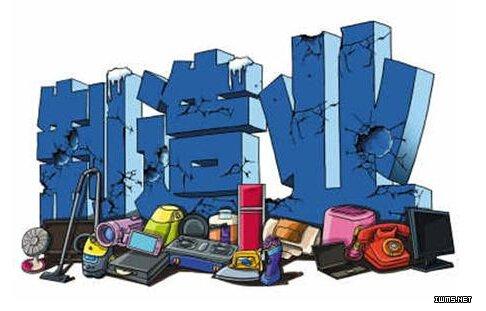 Let’s start with the concept proposed by the Germans. 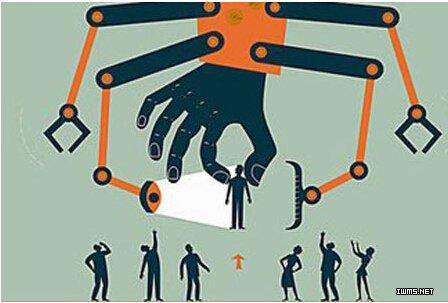 This is a bit mysterious to say, and people who don’t understand it will sound confused, so it is necessary to explain it further.

Traditionally, we go to buy a refrigerator, buy a dress, a pair of shoes, go to the market to Shopping, see what styles, sizes, features, and then choose which one is suitable for me, but there will be some trouble, for example: my kitchen has a space width of 53 cm and a height of 164 cm, I want to buy the closest refrigerator to stuff in, but the closest is 50×160 desperately, I just accept. Let’s talk about clothes, I have a thick neck and short hands. Buy a shirt with a collar circumference of 42 and a sleeve length of 81, but as soon as you get Myer, the collar circumference is 42, the sleeve length is only 87 or more, and if you buy 81, the collar circumference is only 41. Then you can’t tie a tie. The same is true when buying pants, and most of us have to change the length of pants when we buy them. Shoes are another trouble, my feet are short but the foot plate is wide and thick, so the No. 7 shoes are put on, the toes are just right, but the upper is too narrow, the No. 8 is too big, in the United States I can still buy a wide last (their term is EE or EEE) but Australia does not, or No. 8 shoes, drag around, or wear No. 7 shoes, hold up for a few months will be wide.

I heard that Industry 4.0 can solve this problem, in the future, the market will be from the supply of manufacturers, to the demand of customer requirements, you want a refrigerator of 53×164 cm, 81 sleeves and 41 neckline clothes, EEE shoes, they can all be made for you. And through the database of the big data (BigData) era, all your information can be filed, and next time you buy it, as long as you choose the décor style, they can make it for you.

So how did the manufacturer do it 3D technology, in the future, the mold of the refrigerator, the sample of clothes, the last of the shoe are all “active”, they can supply whatever you want, the remaining problem is “time”.

The Germans are very smart, he engages in this set, China, Vietnam, India, Bangladesh … A piece of clothing and a pair of shoes can be mailed to you in West Germany within 48 hours (in short, everyone now buys things online!) This one in China, Vietnam, India …. Can’t do it unless you can wait.

So what to do with the supply chain In the era of big data, all data can be transmitted on the network, my order supplier can see, what I want “you know”!

This incident reminds me of Toyota’s zero-inventory system. In the 1980s, I went to visit the Toyota Motor Assembly Plant in Kobe, the whole factory was spotlessly clean, and even more amazing was that there was no warehouse, the commentator said that they had no parts in stock, tomorrow they would produce Chrona, tonight all suppliers handed over the parts to the designated point on the assembly line, the next morning the workers went to work to start assembling, the car was assembled, the night it was loaded for export, and the domestic ones were on the trailer, God! But in the era of big data, I am afraid that this production method can be done by everyone, and it is no longer so godly. Because all logistics through computer connection are online, anyone can do it, this is what the Germans call coz (CyberPhysical System).