Sometimes the length of the cable is not enough, we need to connect, if the connector is outdoors or in the water, we must do a good job of waterproof treatment of the joint. Usually, we generally use the practice of wrapping waterproof high-voltage self-adhesive tape and PVC insulating tape, so should we wrap self-adhesive tape first, or insulating tape first? The correct thing to do is to first scrub the cable sheath at both ends of the cable with alcohol after connecting each core of the cable (note: the connectors should be staggered).

Use PVC insulation tape to wrap the core lap and wrap the winding part in two layers to prevent the wire core from burrs causing damage to the self-adhesive tape, here is only the part without insulation layer. If there are no glitches, this step can be skipped.

After confirming the cleanliness of the cable insulation layer, stretch the high-voltage self-adhesive tape (three or four times) to a sufficient extent and then wind three layers, and the two ends should be covered with at least twice the length of the rubber bandwidth of the intact insulation layer when winding. Then bread two to three layers of PVC insulation tape on the outside to do a good job of waterproof treatment of this single core, treat each core in turn, and then use the same steps to process the entire cable. 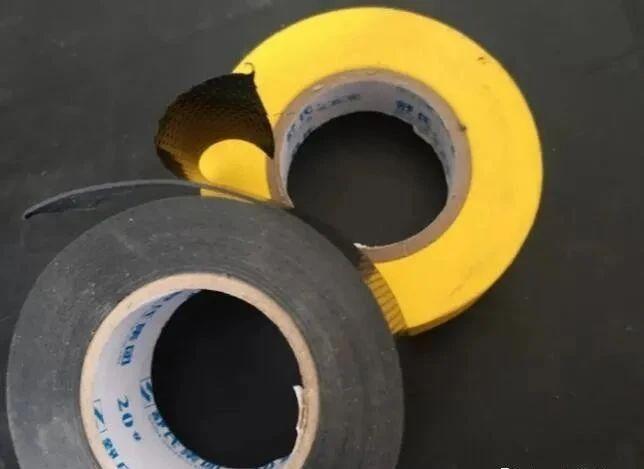 PVC tape a very obvious feature does not say, is its flame retardant performance, many adhesive tape only temporary insulation function, because its material is relatively poor, once encountered the line general heating tape will dissolve, insulation can not talk about it, many wire ends next to each other, some wire ends and metal materials next to each other, once the line heat dissolves this insulating tape is prone to short circuit, leakage, many fire injuries and deaths are like this. We can use a lighter to do an experiment, the tape is ignited, and the quality is good that can be lit and immediately turned off as soon as the lighter leaves. After lighting the lighter and leaving, what continued to burn was the parallel tape. At present, the adhesive cloth market is too chaotic, the state does not have a department to control it, 80% is this adhesive tape, many famous manufacturers also produce this adhesive tape. Because the amount is large, the profit is quite rich, just like the production of mineral water, the threshold is low and the amount is large. To illustrate, PVC tape does not have a waterproof effect, if we first wrap the insulation tape is equivalent to weakening the waterproof performance of the self-adhesive tape, and the self-adhesive tape is easy to stick, the strength is not as good as PVC insulation tape, the outside wrapped PVC insulation tape can play a role in isolation, protection. In addition, the self-adhesive tape must be stretched to a sufficient length when used.