On August 16, Zhang Xiaoquan (301055) disclosed the letter of intent and announced the public offering of 39 million shares, becoming the “first scissors share”. The company plans to raise 455 million yuan, most of which will be used for the construction of Zhangxiaoquan Yangjiang knife and scissors intelligent manufacturing center project.

The construction of the intelligent manufacturing center is not Zhang Xiaoquan’s first relationship with Yangjiang, the “capital of swords and scissors in China”. According to the prospectus, the top five OEM (OEM production) suppliers in 2020 are all Yangjiang enterprises, accounting for 46.44% of the total OEM purchase. For Yangjiang, the gathering of famous knife and scissor brands such as Wang Mazi, Zhang Xiaoquan, and Eighteen Zi will inject new vitality into the local traditional hardware knife and scissors industry.

Zhang Xiaoquan is the first batch of time-honored Chinese brands recognized by the Ministry of Commerce of the People’s Republic of China, which was founded in the first year of the Ming Chongzhen Dynasty (1628 AD) and has a history of nearly 400 years. Today, Zhang Xiaoquan has become a modern life hardware products enterprise integrating design, research and development, production, sales and service, and the main products include scissors, knives, sets of knives and scissors and other household items.

According to the prospectus, Zhang Xiaoquan issued 39 million shares this time, and the number of issued shares accounted for 25% of the company’s total share capital after the public offering. Long-established brands embarked on the road to IPO, with the intention of making efforts to “new manufacturing”. Zhang Xiaoquan plans to raise 455 million yuan this time, of which 354 million yuan will be invested in the construction of Zhang Xiaoquan Yangjiang knife and scissors intelligent manufacturing center project.

Behind the steady growth of performance, the relatively low proportion of high-end products is Zhang Xiaoquan’s shortcoming. In the past three years, the average unit prices of its main products have been 11.81 yuan, 12.55 yuan and 12.88 yuan respectively. In order to meet the high-end market demand, Zhang Xiaoquan also launched Damascus knife products with a unit price of more than 1,000 yuan, but the market response was average. 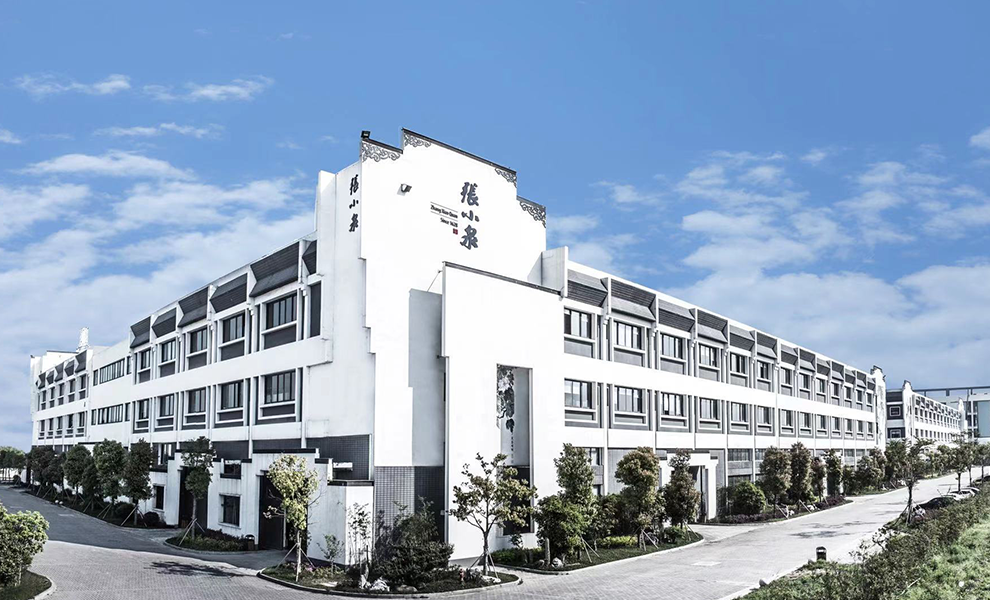 In the construction of brand image, Zhang Xiaoquan did not blindly pursue “youthfulness”, but chose to explore the historical and cultural connotation of the brand, such as using the authentic “Jinji” as a high-end product line, and using the “Haiyun Bath Day” logo registered during the Qing government to create a pure handmade product line. In terms of management, Zhang Xiaoquan introduced automation equipment and digital management methods on the one hand, while retaining ancient handicraft skills and intangible cultural heritage on the other hand.

Zhang Xiaoquan’s exquisite scissor forging skills have a long history, consisting of 72 processes, of which the steel-inlaid forging technique and the hand-carving technique of the scissor surface are the two most important processes.

It is understood that Zhang Xiaoquan’s labor-intensive production faces many problems. For example, the number of traditional artisans is limited and the cost of employing people is high; At the same time, the efficiency, product consistency, yield and other problems of manual manufacturing force knife and scissor manufacturing enterprises to become intelligent. In 2014, Zhang Xiaoquan began to try automation upgrades, using robotic arms for knife and scissor grinding to ensure that each workpiece has the same grinding path and strength, and ensure the consistency of cutting edge forming after opening.

In addition, Zhang Xiaoquan has also been questioned by the lack of innovation. In 2019, the company’s R&D expense rate was 3.47%, slightly lower than that of Aishida, Hals and other companies in the same industry, and the number of R&D personnel accounted for 12.69%, higher than the industry average. Correspondingly, in recent years, Zhang Xiaoquan’s OEM products account for more than seventy percent, mainly low-end products.

Zhang Xiaoquan said in the prospectus that with the completion and production of the company’s Yangjiang intelligent manufacturing base in the future, the company’s continuous investment in new technologies, new processes and new products is expected to continue to increase in the future. Tianyan inspection data shows that Zhang Xiaoquan Co., Ltd. invested and established Yangjiang Zhang Xiaoquan Intelligent Manufacturing Co., Ltd. in November 2018, the legal representative is Xia Qianliang, and the paid-up capital contribution is 50 million yuan.

According to public information, Zhangxiaoquan Yangjiang Intelligent Manufacturing Project Base covers an area of about 86,000 square meters and has a total investment of 350 million yuan, mainly constructing high-grade knife and scissors production workshops, warehouses, R&D centers, testing centers, comprehensive office buildings and supporting staff dormitories, and installing intelligent and new advanced production equipment; The project mainly produces industrial shears, garden shears, household shears, knives and plastic products, and is expected to have an annual output value of 400 million yuan after the project is completed and put into operation, which can provide 500 jobs.

According to media reports, the project canceled the workshop concept and was the largest integrated scissors factory in Zhang Xiaoquan’s single building. The staff of Zhang Xiaoquan Co., Ltd. revealed to reporters that the plant has been completed and the project is in the trial production stage.

In addition to Zhang Xiaoquan, Guangdong Jinhui Knife and Scissors Co., Ltd., located in Yangjiang, successfully bid for a 100% stake in Beijing Lichang Wang Mazi Industry and Trade Co., Ltd. in May 2020, obtaining the trademark ownership of the 300-year-old Beijing brand Wang Mazi. Coupled with the eighteen sons rooted in Yangjiang, Yangjiang’s hardware knife and scissors industry is forming a new pattern of industrial agglomeration, and is moving from traditional labor-intensive to digital and intelligent technology-intensive.

“Yangjiang industrial chain is complete, the company invests a lot of money in Yangjiang every year to purchase knife and scissor equipment, and cooperate with local knife and scissors enterprises.” Previously, Gan Shulin, deputy general manager of Zhang Xiaoquan Co., Ltd., publicly said that the company’s investment in the construction of an intelligent manufacturing production center for knives and scissors in Yangjiang can not only purchase production equipment and raw materials nearby, greatly reduce logistics costs, but also rely on the brand advantages, geographical advantages and agglomeration effect of Yangjiang knife and scissors capital to become bigger and stronger. 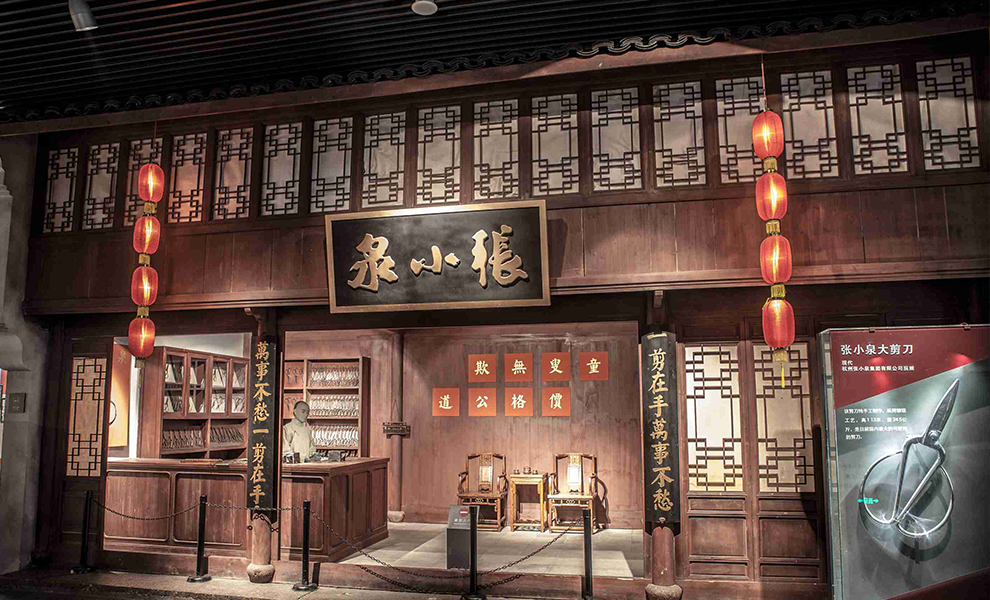